We are not ready to automatically format the whole source code with black.

But from time to time I would like to execute black -S on a region via PyCharm.

There is a hint in the docs how to run black (or black -S (what I like)) on the whole file. But …

How to run black only on a selected region?

Using Python Black on a code region in the PyCharm IDE can be done by implementing it as an external tool. Currently Black has two main options to choose the code to format

The following implementation shows how to do this using the 2nd option. The reason is that applying Black to the whole module is likely to change the number of lines thus making the job of selecting the code region by choosing start and end line numbers more complicated.

Implementing the 1st option can be done, but it would require mapping the initial code region to the final code region after Black formats the entire module.

Lets take as example the following code that has a number of obvious PEP-8 violations (missing white-spaces and empty lines):

Using Black as an external tool in the IDE can be configured by going to File > Tools > External Tools and clicking the Add or Edit icons.

What is of interesst is passing the right Macros – (see point 3 “Parameter with macros”) from the PyCharm IDE to the custom script that calls Black and does the necessary processing. Namely you’ll need the Macros

But from time to time I would like to execute black -S on a region via PyCharm.

Any additional Black CLI options you want to pass as arguments are best placed at the end of the parameter list.

Since you may have Black installed on a specific venv, the example also uses the PyInterpreterDirectory macro.

The screenshot illustrates the above: 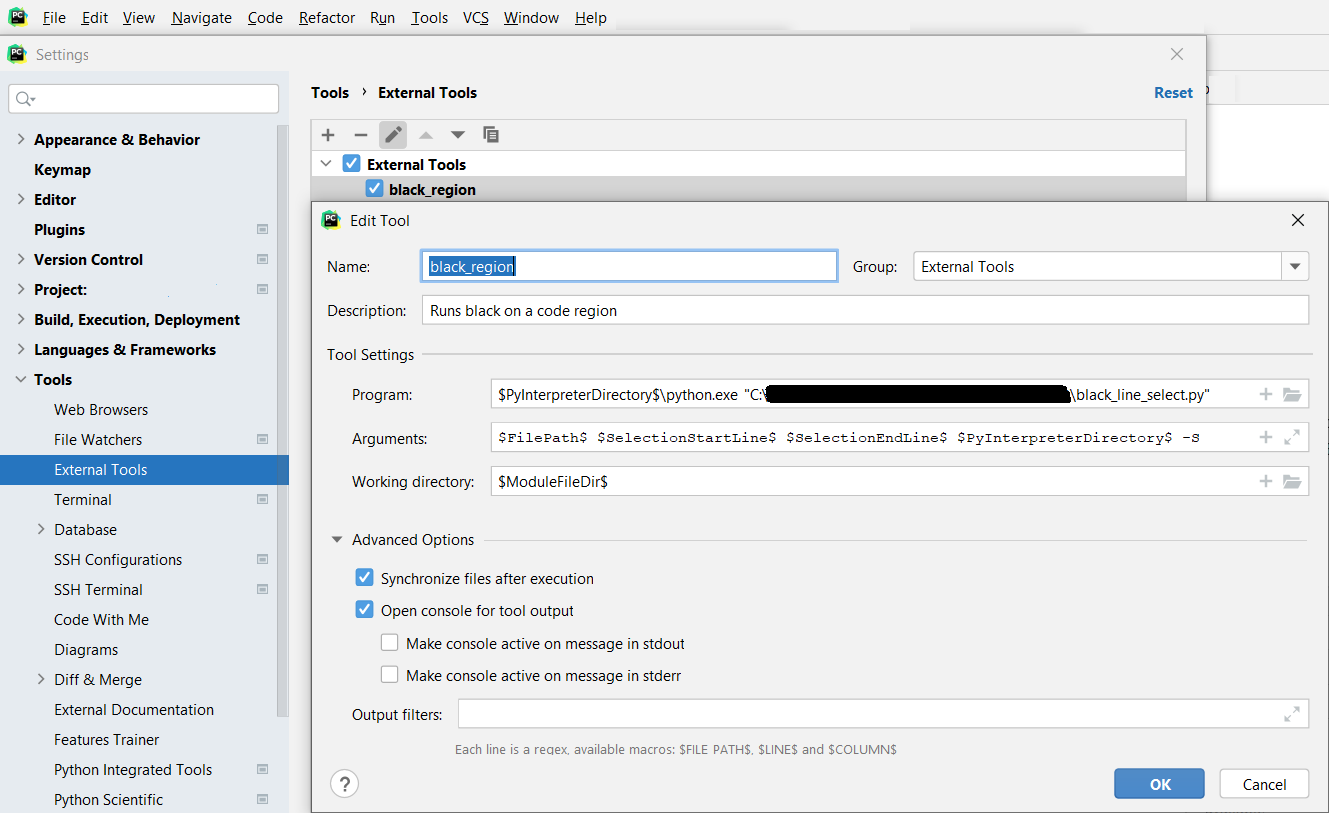 You’ll need to implement a script to call Black and interface with the IDE. The following is a working example. It should be noted:

The hard part is done. Lets use the new functionality.

Normally select the lines you want as your code region in the editor. This has to be emphasized because the previous SelectionStartLine and SelectionEndLine macros need the selection to work. (See the next screenshot).

Run the external tool previously implemented. This can be done by right clicking in the editor and choosing External Tools > the_name_of_your_external_tool.

Simply paste (the screenshot shows the result after running the external tool and pressing Ctrl + v). The implementation in Step 2 copies Black’s output to your OS’s clipboard, this seemed like the preferable solution since this way you change the file inside the editor thus Undo Ctrl + z will also work. Changing the file by overwrite it programmatically outside the editor would be less seamless and might require refreshing it inside the editor. 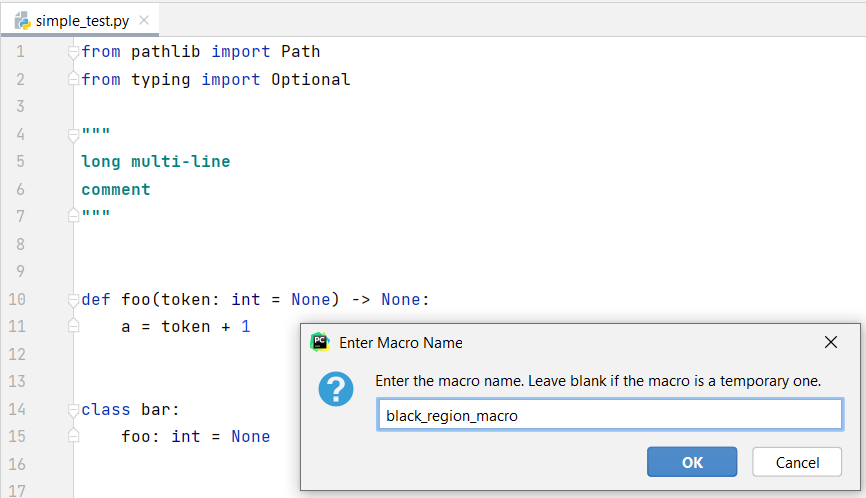 You can record a macro of the previous steps and associate it with a keyboard shortcut to have the above functionality in one keystroke (similar to copy-paste Ctrl + c + Ctrl + v). 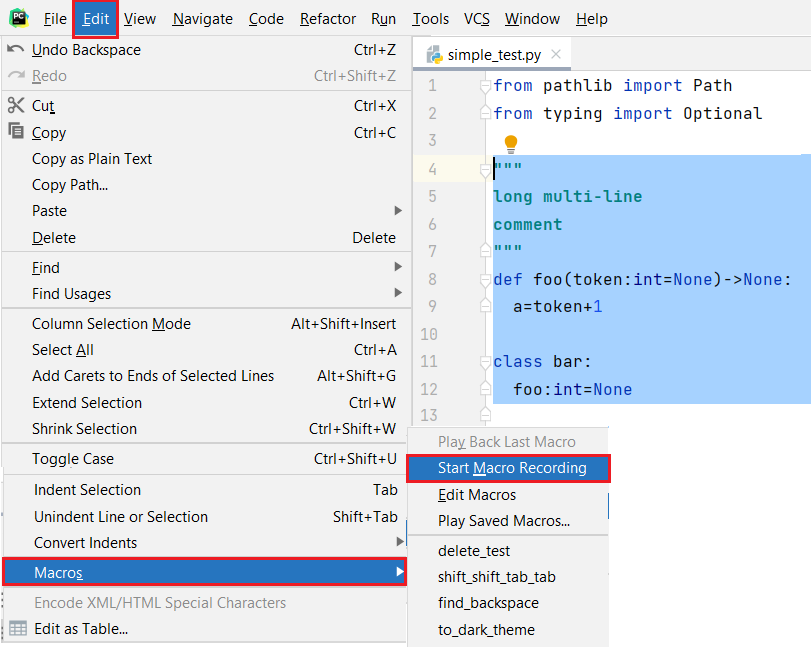